The basis of all fair gambling, online or land-based, is a certain level of randomization that allows for a fair distribution of all of the potential outcomes of any gambling event. If you’re wagering on craps, you want to know the dice are really being rolled at random. If you’re playing blackjack, you need to know that the deck is being shuffled correctly.

Many players do not understand how this random number generator (or RNG for short) affects them directly in different types of games, and we’re going to break it down for you in terms that are readily accessible so that you can see how it works without needing a technical understanding of the programming details.

There are different degrees of randomness, and some of them are better than others for gambling purposes. If you have someone who flips a coin to determine the outcome of an event, that might seem pretty random until you realize that they flip the coin the exact same way each time, so you might end up with 55 percent heads and 45 percent tails instead of a true 50/50 split. For many applications, that degree of error isn’t a big deal. However, when it comes to betting on real money games, you want something that’s a bit more robust.

Today’s random number generators use such a wide variety of inputs that, not only is it impossible for people to determine how the RNG is going to act at any given moment, but it also offers enough of a variety that you will not see biases like the coin-flipping example above. Things like the amount of vibration of a particular electrical component or the temperature of a component, down to several decimal places, are examples of sources of randomness that are used in today’s RNG programs, and these can’t be influenced in a way that will be useful for anyone looking to rig the games.

Along these lines, fairness isn’t even the word to describe just how random these programs are. They’re definitely more random than any human shuffle or roll of the dice that can be found in land-based casinos, so it’s clear that you can have peace of mind in how that randomization is determined.

Now that we’ve taken a look at how randomization itself works, let’s look at how this can be applied to a game like blackjack. Let’s use a single-deck game as an example, though the same principles apply to any number of decks.

The whole point of using randomization is that we need a way to shuffle the deck, so here’s how it works. The program starts with the first position of a deck, and it randomly chooses a card to be put into that “place“. Of the remaining cards, it goes through and chooses another random card into the second place. This repeats for the remaining 50 cards in the deck, and this selection process offers up a much more randomized shuffle than you get from any human shuffle.

To put this level of randomization into perspective, consider this: If you played eight hours of blackjack every single day for 50 years, and you averaged getting 100 hands an hour, you’d play about 14.6 million hands of blackjack in your life. If you wrote out the number that represents the number of different ways a 52-card deck can be shuffled, that would be a little more than 8 followed by a whooping 67 zeroes. Even if you lived to be 1,000 years old and played every minute of your life, chances are that you would never play two hands where the deck was shuffled in the same way twice.

As we’ve seen above, the shuffled used for a deck of cards with a random number generator is a bit different than what you might expect based on human shuffles. For online slots, however, most people don’t know how land-based slots determine their payouts, so there’s not really a frame of reference in the first place.

Along these lines, we’re going to describe the process for determining the randomness of online slot payouts in somewhat abstract terms. However, if you follow through reading this explanation, then you’ll have a better understanding than most people, even though who are a part of the online gambling industry.

Let’s begin by imagining the list of symbols available for a single reel on a classic slot or video slot. The type of game doesn’t matter. Each reel is essentially a long list of symbols, one after another, in the order that they would appear in the game. There can be hundreds or thousands of different symbols on this reel, and it’s like a long strip of paper with stickers on it of what each symbol looks like. 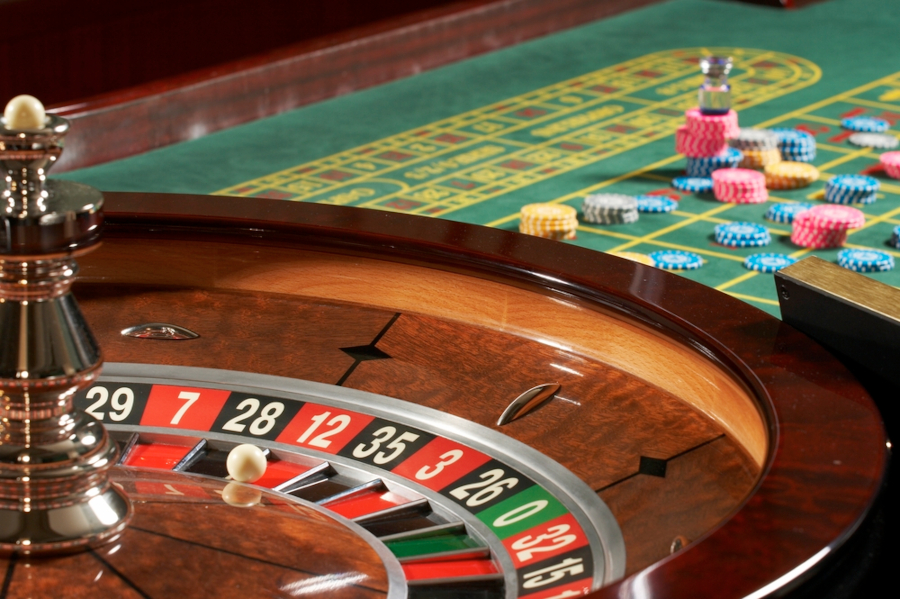 Now with that visual, the random number generator has to determine where the stopping place is for that reel. If there are 1,000 symbols shown on the list, then it picks a random number from 1 to 1,000 that will determine the starting place for that particular reel. So if the RNG determines that reel will start at 758, for example, and it’s a game with three symbols showing on each reel, then symbols 758, 759 and 760 will be what make up the reel.

This process is determined for each of the reels in the game, no matter how many of them there are. This allows for a completely random determination of what the symbols are without spoiling things like stacked symbols, wild distributions, scatter symbol distributions, etc. Once the symbols on the reels are determined, the game is able to quickly detect any winning combinations, and they are paid out to the player accordingly.

Now that you have a better understanding of how the random number generator determines the outcomes for online casino games, you may have a deeper appreciation for just how important it is that the RNG program actually remain random. Along these lines, there are certain testing and safety practices that are used to make sure that it really is random and that it’s not tampered with under any circumstances.

Testing for an RNG involves putting a game through millions of trials to see if the average payouts, instances of bonus features, etc., happen like they’re supposed to. It’s a very straightforward process that’s impossible to beat by cheating because computer programs can blow through millions of iterations of these games in just a few minutes, and the statistical trends always show up. This means anything that doesn’t work out like it’s supposed to will stick out like a sore thumb to the independent auditors.

Once an RNG is tested, and it will typically be tested monthly under most licensing jurisdictions, it’s electronically sealed in a way that no one and nothing can access it except for the games themselves, which call on it to deliver random numbers for the purposes of the games like we’ve described here. This makes sure that there is no tampering with the RNG program at all, and that increases the safety and integrity of the games.