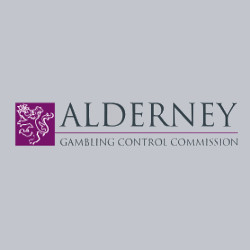 Alderney is one of the British Channel Islands, and the Alderney Gambling Control Commission (AGCC for short) has been operating there since 2000. They are a completely independent online gambling regulator and jurisdiction known primarily for the strength of their licenses and how much they push to work together with other regulators in different parts of the world.

They have seen more than their fair share of scandals from operators within their jurisdiction, and they’ve always responded to these scandals in the fairest of ways, including dolling out punishments and pulling licenses when necessary. Their willingness to punish their licensees for breaking their rules is one of the reasons why they are such a well-respected regulatory body.

There are two basic types of online gambling licenses that the AGCC offers. The first is known as a Category 1 license, and this is for what would be considered B2C or business to customer operations. Any company that has direct communication or interaction with players can apply for this license, and this primarily includes the operators of online casinos and other types of gambling sites.

There’s also a Category 2 license, which is primarily for software developers. This is primarily a B2B license, meaning that it’s for business to business operations, or interactions between businesses that do not include the end customer/player. Software companies are able to acquire this license and pay taxes based on a set fee each year, and that’s something that makes them particularly attractive from a business standpoint.

In 2011, it was found that one of their most well-known licensees, Full Tilt Poker, had been using player funds to operate and did not have enough funds to cover withdrawals for all of their players. This was in direct violation of their rules (as you’ll see below) because player funds were supposed to be held in separate accounts. They acted quickly and pulled their license of Full Tilt Poker to show that they will not tolerate such behavior. They later worked with authorities from the United States, the Kahnawake Gaming Commission and other jurisdictions to get funds back to the players and to make a deal with the Rational Group, the company that owned PokerStars at the time, that saw the purchase and re-opening of Full Tilt Poker under new management and all of the players paid who were owed funds.

One of the biggest things that makes the Alderney Gambling Control Commission stand out is how they work to build outside relationships with other regulators across the globe. They were one of the first regulatory bodies to insist on player funds being kept in separate, segregated bank accounts that are away from business operating funds, and this is something that many other jurisdictions have followed their lead on.

They’ve created agreements with the Kahnawake Gaming Commission, the Danish Gambling Authority, the United Kingdom Gambling Commission, the Dutch Gaming Authority and a number of other regulators. The point of these relationships is to exchange information and work towards international standards for how the industry is handled, which is currently something that is lacking. Overall, it’s clear that they are a leader on this front, and they’re also one of the most trusted options out there today.